Getting started is easy! 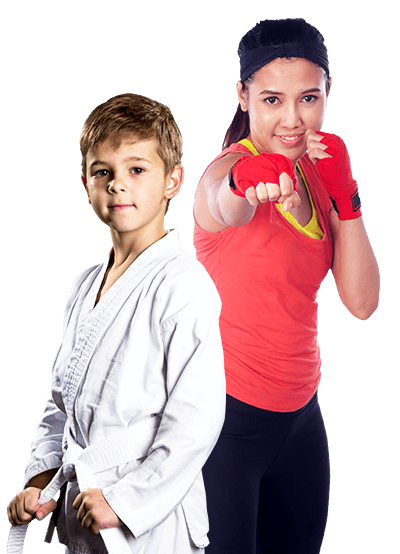 Crush your fitness goals while learning how to protect yourself

Hi, my name is Andi Johnson

and I'm the Chief Instructor of Statesboro Martial Arts. Martial arts has had such a positive impact on my life, it has been remarkable. It is a great honor to own a school in Statesboro and work with the children and adults in the community.  We strive to create an enjoyable environment for students to improve their fitness while building the confidence they can carry into their everyday lives. Take advantage of one of our amazing web specials today - join us as we empower ourselves and our community with martial arts!

Getting Started Is Easy!

One of Our
Exclusive Web Offers

Whether you are looking for a sports activity for your child or for an alternative from the boring gym fitness routine, martial arts is unlike any other sport because at the core of the training, the emphasis is on personal development. Anyone can begin martial arts - any age, any fitness level.
Start today!

Learn More
We enrolled our daughter in 2016 after her 2nd grade year. She had a bullying issue at school. The teachers and school officials did nothing to help her situation. In as little as 2 months over the summer, Taekwondo increased her self-esteem and confidence exponentially. There was such a difference from the previous school year that when the new school year began, the same bullies began to harass her again. My daughter now had the tools to stand up for herself. No more bullying since. Taekwondo helped her when she was left on her own without help from the school staff. Now, three years later, she is a  black belt still going strong. She loves the chool and her instructors. There are not enough words to express how much taekwondo, the school, and the instructors have helped make her the strong, confident young lady she is today.

My son has learned so much from taekwondo classes with Mrs. Andi Johnson. I have seen nothing but a positive attitude from the beginning. My son has learned self-control, self-defense, confidence, and respect for himself and others. He is very excited and motivated for classes each week.

My children, Roland and Riley, have been taking Taekwondo for several years from Mrs. Andi Johnson and her staff. I have seen my children's confidence, balance and self-control improve dramatically over these few years. My kids love attending class and can't wait to become Black Belts. Mrs. Johnson and her instructors are very passionate about what they do and it shows. Thanks for being so dedicated to all of your students.

Our daughter, Kaylee, began taking Taekwondo through the martial arts program in September 2015. Throughout the year, she has learned many beneficial things which can be applied in different areas in her life, made new friends and absolutely loves the classes. She is currently a purple belt and is working to achieve the level of black belt.  Her desire is one day become an instructor herself. During this program, discipline, respect, and self defense are taught in classes that are made fun for all of the students; it also helps build the individual's self-confidence. We highly recommend it for everyone!

My husband and son started taking martial art/taekwondo in August 2015 as a "father/son" activity. Since then, I have seen my son's confidence and focus increase dramatically. The classes are fun for him and have helped him make new friends. I can see the pride and confidence he has when Mrs. Johnson acknowledges him for doing a good job. Watching him makes me so proud I can't even put it into words. The biggest change I have seen since they began taekwondo is in my husband. He has become so much healthier! He has lost about 15 pounds, but the biggest accomplishment is that he has quit smoking! He has a new commitment to being healthy and setting a good example for our kids. I am excited to see them both continue and eventually get their black belts together!

I started kickboxing in April of 2016. I believe in what I am doing and I love it, and there is no way I'm going to give it up. I have more energy than I can ever remember having. I feel incredible!! Hard work pays off!! It's even better when you are having fun doing it! If I can do it, anyone can. Since I started kickboxing, I have lost 42 pounds and 27 inches. I am 41 years old. I have an awesome, motivating instructor. I feel confident in recommending this program to anyone.

My family has been involved with Martial Arts/Taekwondo for five years now. Both of our boys participate in the program. They have learned self-discipline, self-defense, and martial arts. The program requires exercise, gives them confidence and encourages self-control. It is hard work, but it has been so worth it.